Two new pieces of art by Mr. Brainwash on the street of broken dreams, Hollywood Blvd. One piece is an Oscar statue dressed up like Banksy, the other is a young boy taking photos while standing on two crates.
Sadly Banksy did not win the Oscar for his film "Exit Through The Gift Shop." A Banksy Oscar win would have been the only thing that could make the Oscar show palatable.
Hollywood can be such a strange cold town sometimes.

The latest and most elusive Banksy street art in L.A., "Caution," was stolen yesterday. Art thieves drove up in broad daylight and sawed away the Banksy piece from the wall. Several street art blog sites were reluctant to give the location of "Caution" and other Banksy pieces, due to theft and vandalism of his work. "Caution" was vandalized with a black tag before it was stolen, it was located at Soto and 1st street in the Boyle Heights area of East Los. 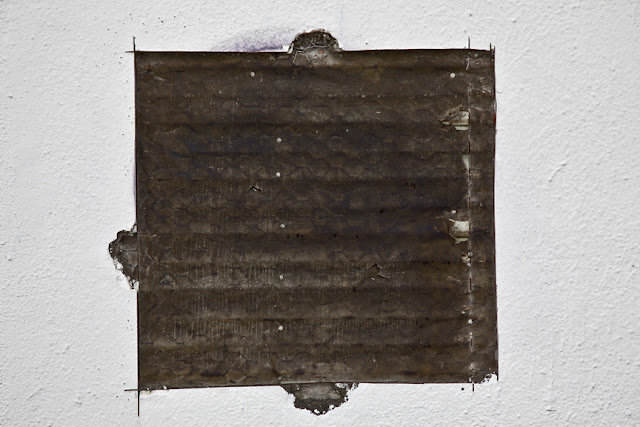 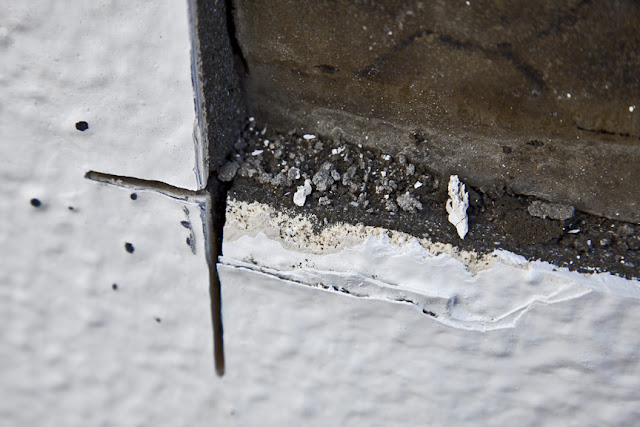 Area weather forecasters, Jackie Johnson and Fritz Coleman, are predicting snow to fall in  L.A. sometime Saturday at the 1000 foot level.
Mt. Lee, home of the Hollywood sign is at 1708'.
Last year we learned about the pyrocumulus cloud. Looks like we will learn about a new type of cloud over the city, the snow cloud.
Will chains be needed on the 405?

Thousand of firefighters from all over California lined the streets of downtown L.A. to pay respects to fallen L.A.F.D. firefighter Glenn Allen. The procession began at L.A. City hall and ended at the Cathedral of Our Lady Queen of Angels.
Allen's remains were carried on Fire Truck 97 from station 97 where he was assigned. He died earlier this week, when a ceiling collapsed during a fire he was working in the Hollywood Hills.
The fire is currently under investigation as possible arson.
Allen was a 31 year veteran of L.A.F.D. and one year away from retirement. 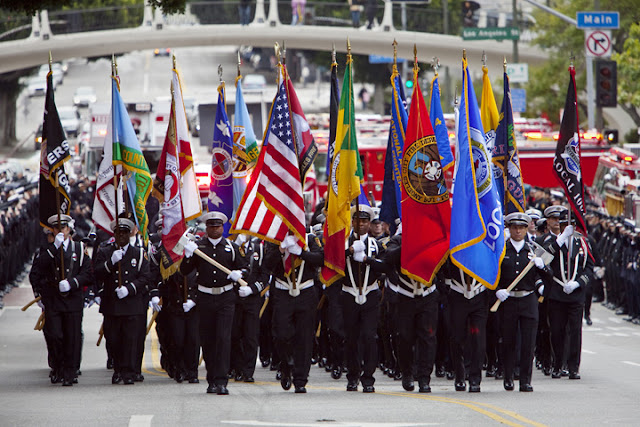 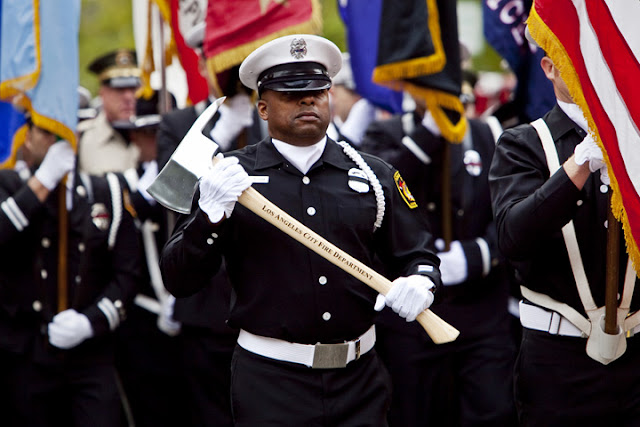 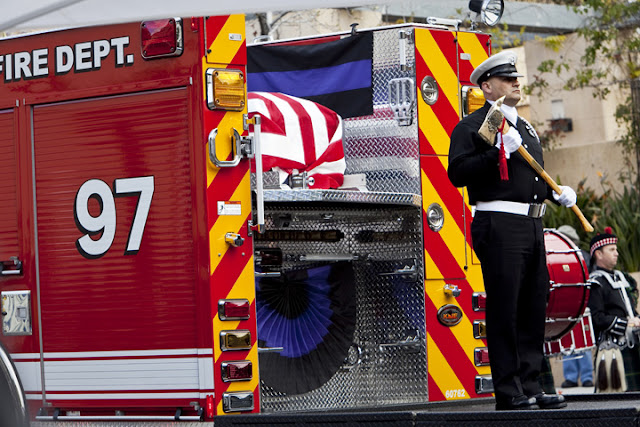 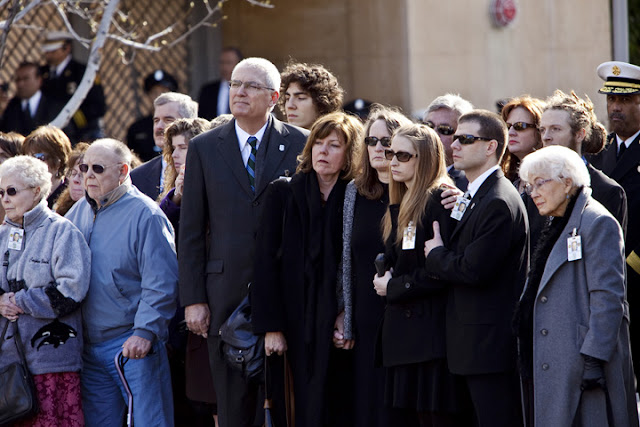 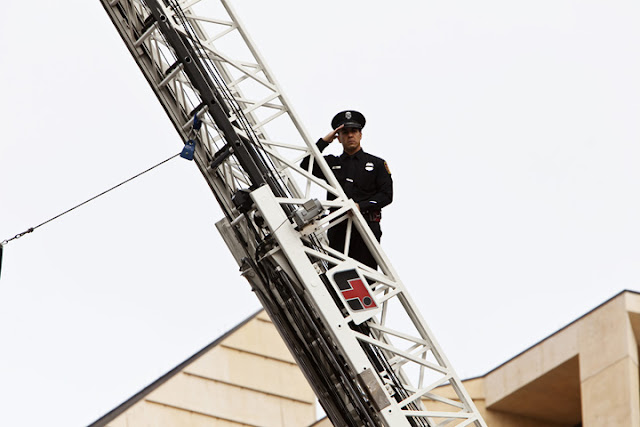 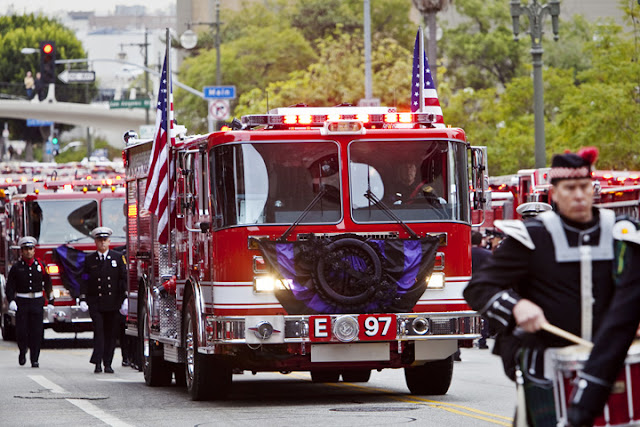 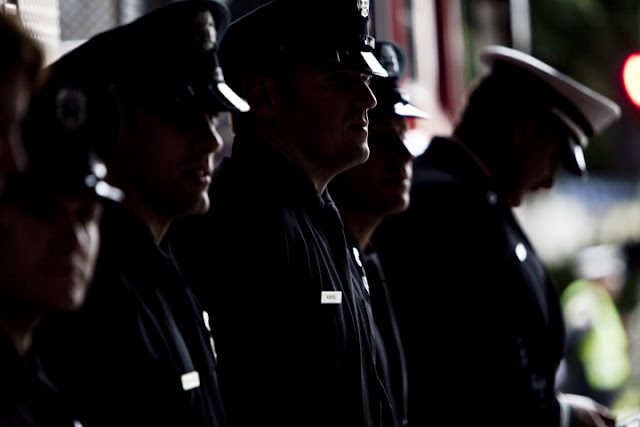 Email ThisBlogThis!Share to TwitterShare to FacebookShare to Pinterest
Labels: LAFD 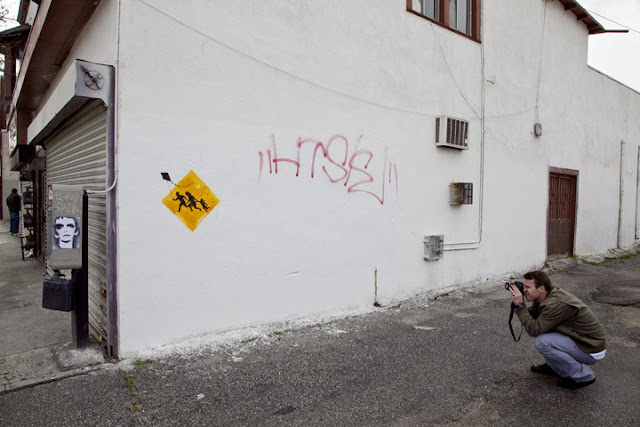 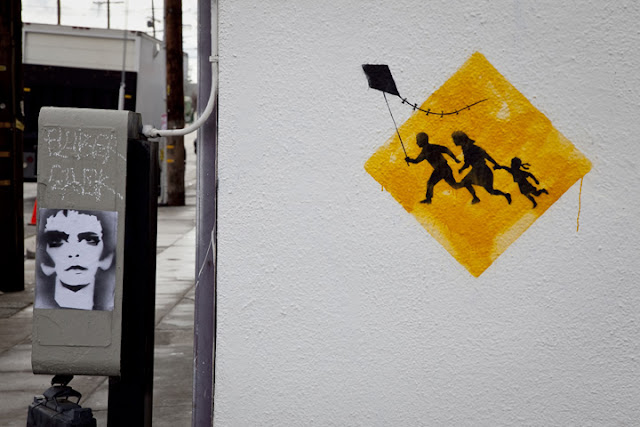 An elusive artwork by street Artist Banksy has been found hidden deep in the Boyle Heights area of East Los. Several copies of this piece have been seen around town, Banksy has not claimed them as his art, and they may be fakes or tributes to his piece in East Los.

LiLo In Court, Yet Again.

Lindsay Lohan arrives to the LAX Branch Courthouse for a hearing on her felony case of the stolen necklace. She claims the necklace was on loan and not stolen from a Venice jewelry store.
Lohan is free on $40,000 bail, showed up this morning looking very fashionable in her pony tail and sporting lots of jewelry (borrowed?).

Banksy's newest artwork, "THIS LOOKS A BIT LIKE AN ELEPHANT," near the bluffs along Pacific Coast Highway in Santa Monica.
It does look a bit like an elephant, Banksy. 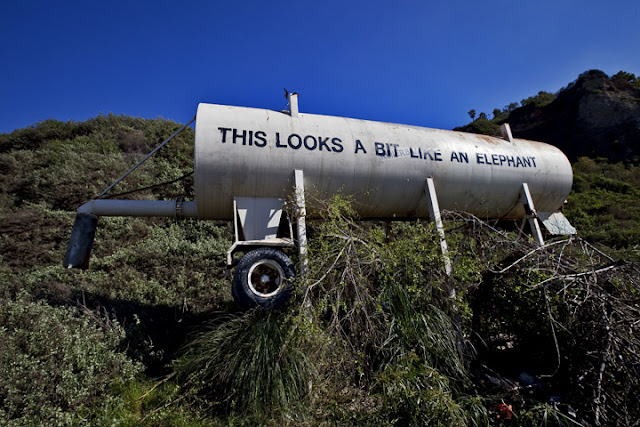 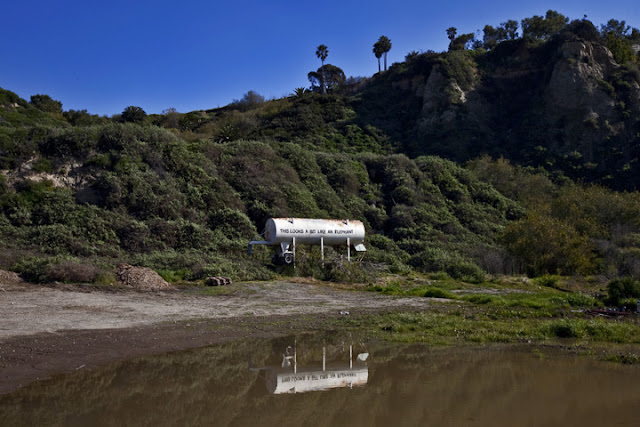 
2011 TED prize winner, JR, is mounting several of his inspirational black and white art works through out the city. The ginormous works can be seen from Venice to downtown. JR's art varies from faces to giant eyeballs, he has never fully explained his work as he wants the viewer to experience the meaning for themselves. You may see several volunteer crews putting up the French artist work this week, JR attempts to remain anonymous and never shows his face or eyeballs in public.


The other artist Banksy has put up several of his pieces last week all over L.A. Sadly one of the pieces, "Firestarter," was stolen, a crew of bandits used a sawsall to cut the art from a wall. "LiViN THE DREAM" was also torn down from the billboard it was on, and reported sold. Another of Banky's art work, "Crayola Shooter," was defaced several times by vandals in Westwood.
Several other street artist have stepped up their game this month, hundreds of new and unusual pieces now adorn the city. Drive around and visit the city as a gallery.

Street artist and director of the Academy Award nominated film "Exit Through The Gift Shop" again painted some new artwork on the walls of Los Angeles. Two pieces popped up this morning. One is located on the Sunset strip on the side of an abandoned building. A Charlie Brown character holding a gasoline can and smoking a cigarette look like he is about to torch the building.
The other is in Beverly Hills. A dog is taking a massive piss, spraying across the length of a building.
Also spotted this fantastic piece by Mr. Brainwash, Thierry Guetta a character in "Exit Through The Gift Shop," on La Brea Ave. This piece has been up for a couple of weeks. It features a giant Oscar in a hoodie, with several Star Wars Storm Troopers surrounding it. It even come complete with a red carpet painted on the sidewalk.

(Actually this piece has been here for a while, it's new to me though.)
Now a third piece on Broadway in downtown L.A. A young girl on a swing that hangs off of a painted parking sign. Very clever, Banksy.

Two pieces of street art created by controversial graffiti artist Banksy have appeared in Los Angeles today. One piece depicts a drunk Mickey Mouse character with a coked out Minnie Mouse, partying with a super skinny model. The piece is entitled "LiViN THE DREAM," and is located across the street from the Director's Guild of America Building on Sunset Blvd.
The other piece is a child like drawing of colorful flowers and sun, with a giant black and white child shooting a giant machine gun loaded with Crayola Crayons. It is located in the middle of Westwood.
Banksy's movie "Exit Through The Gift Shop" is up for an Oscar.
Welcome to town, Banksy.

Spent the weekend with expert photographer Dave Wyman and photo gear guru Ken Rockewell on their photo tour and workshop exploring route 66 in southern California.
We photographed a small section of route 66 rich with history. Starting off in the Highland Park area of L.A., making it out to San Berdo, then finishing up at the end of trail, Santa Monica.
I highly recommend signing up for one of their many tours and workshops.