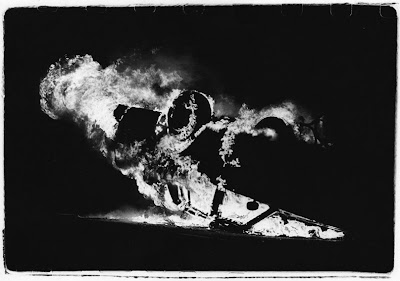 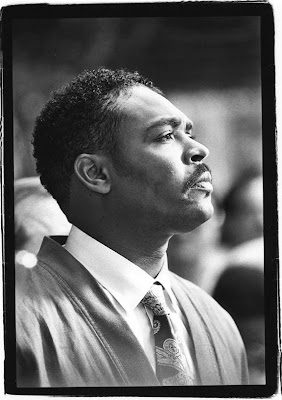 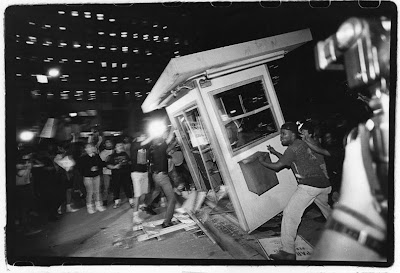 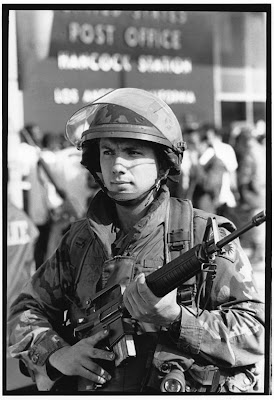 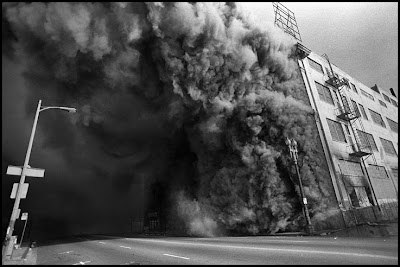 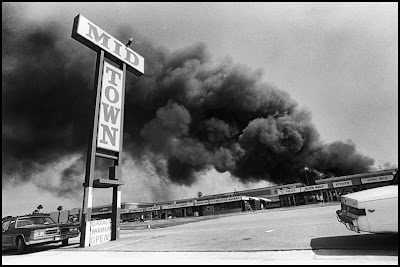 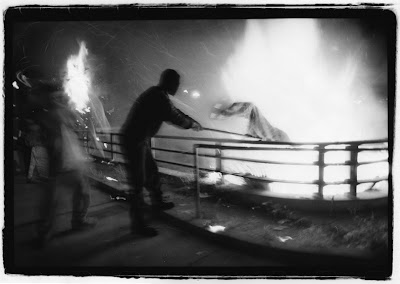 Overpass near the 110 freeway. 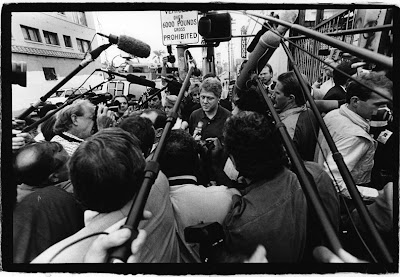 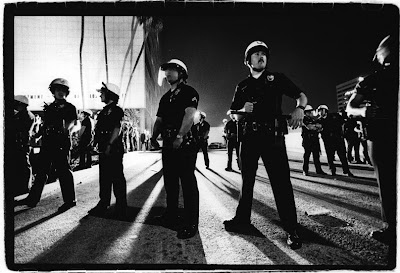 Parker Center.
The first time I met an actual war photographer was in then South Central L.A.,
he was flanked with two armed body guards and queried me with "where's the action at?"
He was three days too late for "the action," but the burnt out shells of buildings were still smoldering.
This was Los Angeles 18 years ago during the last part of April and early May. The war photographer didn't wait for my answer, maybe he could read my the disgust on my face, he left quick as he showed up with both guards in tow.
It was a sad week that started in Simi Valley. The verdicts of "not guilty" came down for the four LAPD officers who beat down Rodney King a year earlier.
L.A. radio station KFWB reported "rock and bottle throwing at Florence and Normandie," thought to myself that that was a rough neighborhood and probably avoid that intersection. Several of my colleagues went there and ended up getting robbed and or beaten.
I headed towards downtown L.A. to Parker Center, LAPD headquarters. Thought it would be a good idea to park next to a LAPD cruiser, would be safe. Little did I know a mob would soon turn over the cruiser and set fire to it. Only the ammo popping off from the trunk, lit by the fire, would keep the mob from turning my car over and setting it ablaze. Followed the mob of rioters through downtown till they broke in to Ross Cutlery, a knife shop. The looters ran out of the store with huge blades, I ran off for my life.
Was running low on film, headed over to a 24 hour camera store, PIX on Melrose Ave. Tried to buy every roll of film I could till I heard a machine gun rake the store from the street. The manager yelled out "WE ARE NOW CLOSED!"
The city was burning, LAPD Chief Gates was at a fund raiser, and anarchy was in charge of my city. Over the next four days I saw the city of angels burn, national guard soldiers roll in with armored vehicles, and my fellow citizens loot the city dry.
A full generation has grown up since 1992, the wounds are still fresh south of the 10 freeway, and constant neglect dogs the area. Politicians have come and gone, all have promised a re-vitalization, none has truly arrived.
Recently saw a book by the war photographer I met that week in April 1992. It was about all the major conflicts he has photographed, the LA riots were not included.
Photographs by Ted Soqui © 1992
at 3:48 PM 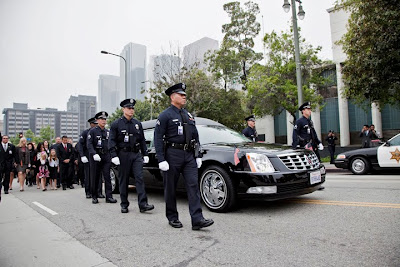 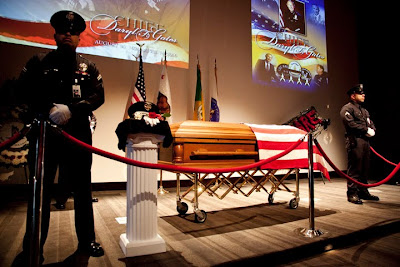 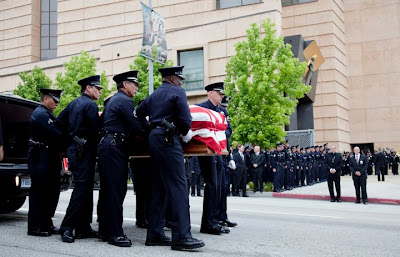 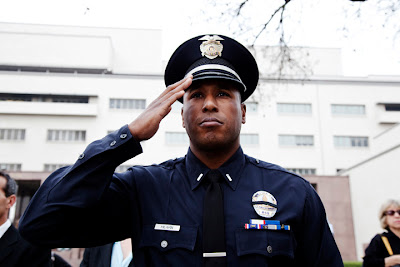 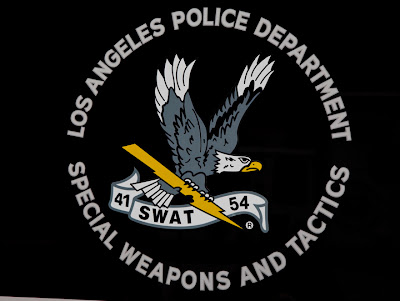 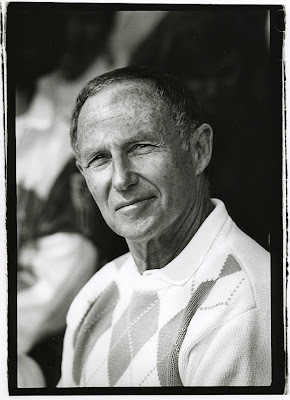 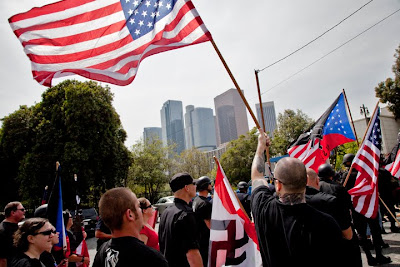 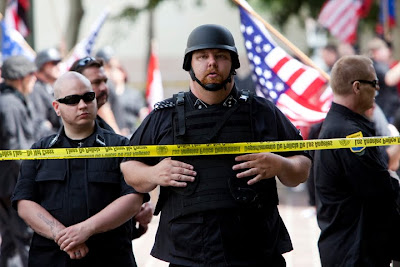 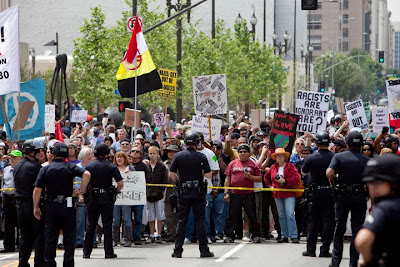 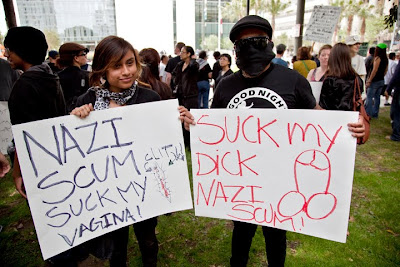 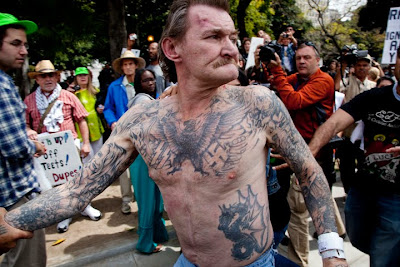 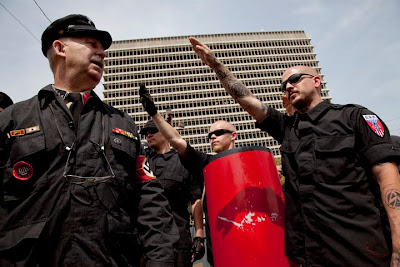 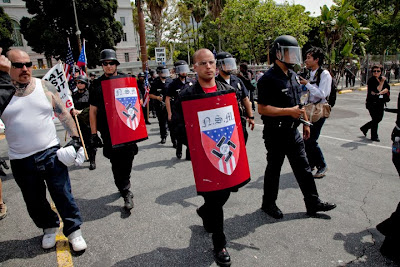 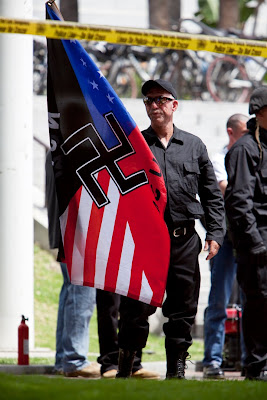 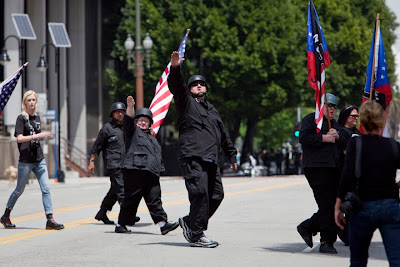 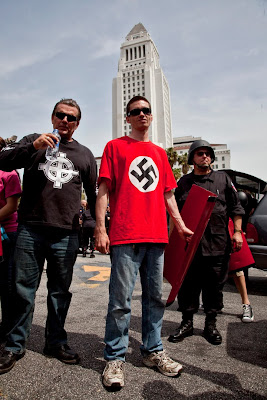 25 members of the National Socialist Movement, a neo-nazi white supremacist group, held a rally on the south steps of L.A.'s city hall. They used a high powered PA system to broadcast their messages of white supremacy to a giant counter protest group.
As the NSM members left, they were confronted by the counter protesters who threw rocks and bottles at them.
The NSM claimed the swastika as their holy symbol and called for all non-whites to leave the U.S.A
They also called out L.A. Mayor Antonio Villaraigosa, MS13, and the Bloods and Crips to challenge them. They also used the Mexican flag and flag of Israel to wipe their boots with.
One man, who had a swastika and SS tattoos, was severely beaten by the angry counter protesters.
Footage by Ted Soqui © 2010
Photos by Ted Soqui © 2010
at 4:56 PM 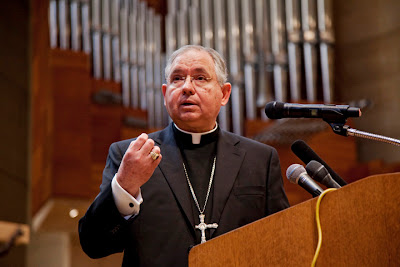 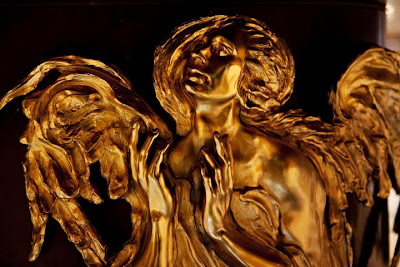 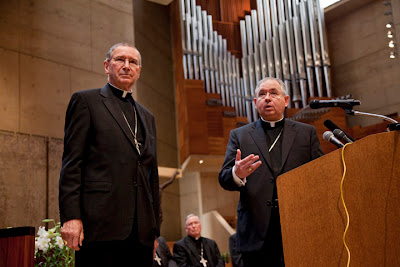 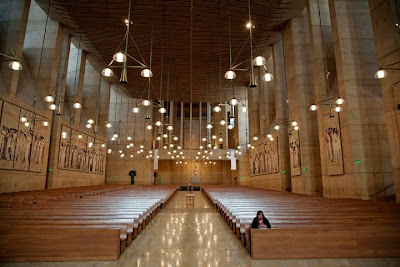 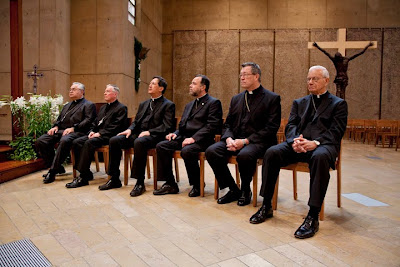 Pope Benedict XVI named Archbishop Jose H. Gomez as L.A's newest Archbishop.
Gomez will replace 75 year old L.A. native Cardinal Roger Mahony, who will retire early next year. Gomez was born in Monterrey, Mexico and will be L.A's first latino Archbishop since 1896. As he spoke at a press conference held inside the Our Lady of Angeles Cathedral, Gomez was overcome with emotion during his statement to the press. He also thanked Cardinal Mahony for recommending him to the Pope to lead L.A.'s Archdiocese.
Both the Cardinal and Archbishop spoke frankly about the priest sex scandals in the church, along with the 660 million dollar settlements to the victims of the sex crimes.
Photos by Ted Soqui © 2010
at 3:21 PM

Email ThisBlogThis!Share to TwitterShare to FacebookShare to Pinterest
Labels: Mahony

Shot this video at my friend Kathy's Lakewood, CA home during today's 7.2 earthquake. Water sloshed in the pool for 10 minutes after the massive quake.
Footage by Ted Soqui © 2010
at 7:27 PM