You never know what you are gonna see on Wilshire Blvd. 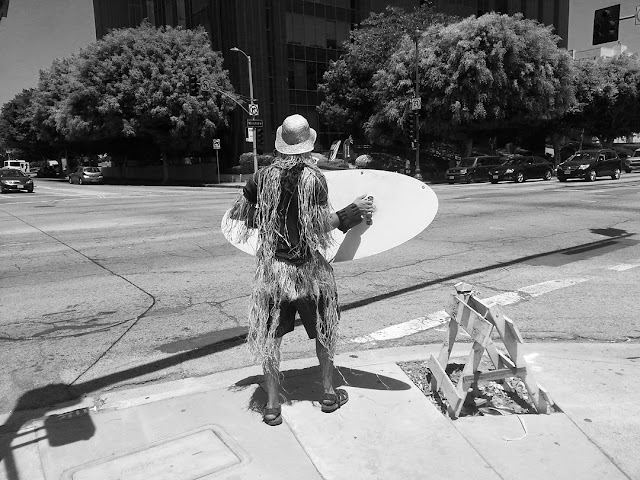 Good news on the 3rd annual International Tiger Day, July 29, 2013.
The Sumatran tiger population is on the rise according to the Tambling Wildlife Nature Conservancy. Around 350 wild Sumatran tigers exist in Indonesia, and that represents about 10% of the world's wild tiger population.
I was lucky enough to photograph this Sumatran tiger at the Taman Safari in Bogor, Indonesia earlier this year.

No trip to Pasadena is complete without seeing the City Hall Building. 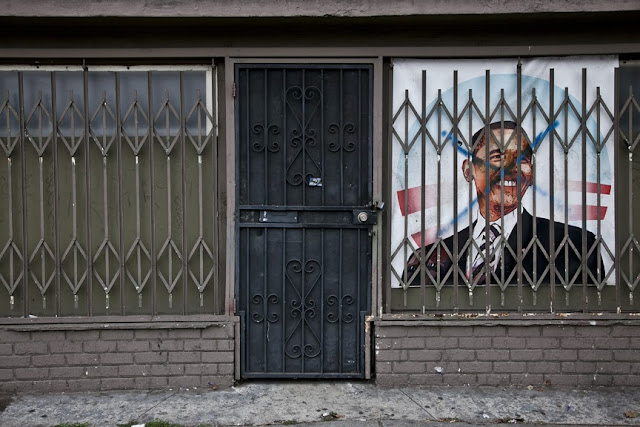 Was reflecting on the very different experiences of photographing two mayors of Compton for the LA Weekly.
The first cover shoot was of Mayor Omar Bradley back in May of 2001. Set up a photo shoot for inside the Mayor's office at Compton City Hall. He didn't say much to me, just sat down at his desk and crossed his hands in front of him. Seated inside the office were several ministers and friends of the mayor. They were chanting some terse religious verses from the bible, mostly from revelations I think, through out the shoot. Shot about 2 rolls of 120 film, 24 images, and took off. When I processed the film, there was one shot that stood out and it was picked for the cover. The image became very controversial, because it looked as if the Compton city seal had made a set of horns on the mayor's head.
12 years fast forward. I was assigned by the LA Weekly once again to cover the newest mayor of Compton, Aja Brown. We met at a fancy new Starbucks in Compton. We all, Mayor Aja Brown the writer Patrick Range McDonald and myself, sat outside in the afternoon sun under a huge umbrella and sipped coffee drinks. I photographed her between questions from Patrick, and the cover image was picked from that shoot. The umbrella cast a perfect light on Mayor Brown, and the open look of the background was perfect.
Will be interesting to see what is in store for the city of Compton under Mayor Brown's leadership.

Waiting for the super moon and found a super sunset. Wilshire Blvd in Hancock Park. 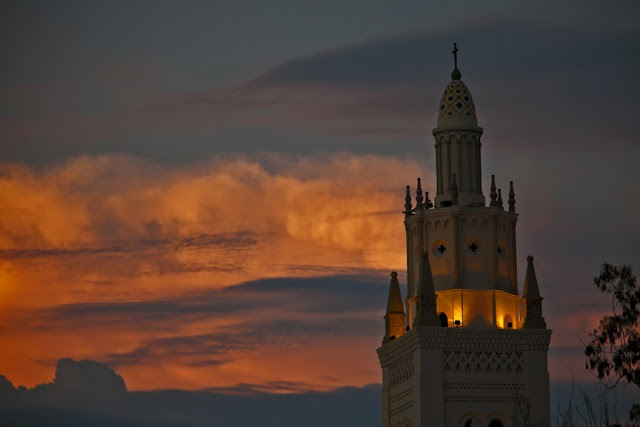 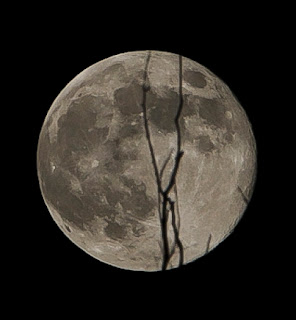 A palm stump on 3rd Street in Los Angeles decorated by the artist "Love Annie."


Trayon Martin protest march on Crenshaw Ave over the 10 "Rosa Parks" freeway today in to South Los Angeles. The march was peaceful and did not attempt to make it's way on to the freeway, unlike last week's march.

Around two-hundred protesters took to the streets of Beverly Hills and marched to Rodeo Drive this afternoon.
They held a rally at Rodeo Drive and Wilshire Blvd. calling for locals to 'put down their champagne glasses' in honor of Trayvon Martin. The march then headed back to a park on La Cienega and called it a night.

Day three of protest in response to the Trayvon Martin murder verdict in Florida. A crowd of two-hundred plus people marched around downtown and briefly made a stop in front of LAPD headquarters. LAPD had a high profile presence and no trouble was reported in connection with the march.

I was shooting the protest and rallies in South Central LA in response to the Trayvon Martin murder verdicts today. Several of my colleagues and I decided to follow the march down Crenshaw Ave. lead by some young and rowdy kids.
We found ourselves miles away from Leimert park, our starting point, and decided to head back.
All of a sudden an Angel from above, Metro Driver 75292 saw us and told us to get aboard the bus.
We did and thanked her for saving us a long walk.
God bless Metro driver 75292, we did.

Another Day of Protest on Crenshaw

Another day of protest in response to the verdict in the Trayvon Martin murder case in Los Angeles. The protest began at Leimert Park after a prayer vigil, lead by Najee Ali.
The march took off SB on Crenshaw Ave, it was mostly peaceful except for the lead group of demonstrators who jumped on cars and attacked a couple of businesses on Crenshaw Ave.

Thousands of people protested in reaction to the verdict in the Trayvon Martin shooting case. People marched up and down Crenshaw Blvd. until several groups spun off and headed to destinations through out the city.

Images from the Trayvon Protest march in South Los Angeles today. The 10 freeway was briefly shut down due to protesters entering the freeway.

Was driving on the 110 SB for an assignment in Compton yesterday, when I noticed the other side of the 110 freeway had no cars on it.
There was a car-to-car shooting on the 110 NB earlier in the day, so the CHP decided top shut down a long section of the freeway and look for evidence. The back-up went for miles as commuters attempted to navigate their ways around the traffic nightmare.
I snapped this image quickly from my car and wasn't looking forward to the return trip.