This weeks marks the 10th anniversary of hurricane Katrina making landfall in New Orleans and Louisiana.
Here are some images I shot from various New Orleans parishes back then.

8 years ago I photographed former President Jimmy Carter for the Los Angeles City Beat newspaper.
He was on break from building house for the homeless in South Los Angeles.
He is now 90 years old and about to undergo treatment for brain cancer.
I wish him well.

Nine years ago I met the women of the Moses family, all four generations of them. Fitting name for a family dislocated by flood. They all grew up in the same family house located inside New Orleans' Lower 9th Ward.
It was the first anniversary since Hurricane Katrina. It was also the first time they went back the see the land that once held their large house which was destroyed by the levee breaches that flooded most of the city. I just Google Earthed their address, it is still an empty grassy lot.
They all moved to Texas after the hurricane.

Email ThisBlogThis!Share to TwitterShare to FacebookShare to Pinterest
Labels: Katrina

Captain Burnside of Alhambra Fire Engine 71 setting up a water-down at the Lincoln Fire at the Whittier Narrows.
Temperatures remained high in the area during the day, hovering in the low 100's f.

116th street and Avalon Blvd. in Watts. This is where the Watts Rebellion started 50 years ago.
Amazing to see what has and what has not changed since then.

Not even $20 dollar parking rates could keep Angelenos away. Senator Bernie Sanders, Democratic candidate for US president, held a rally at the Los Angeles Sports Arena.
He drew an estimated 27, 500 people, many of which had to watch and listen to the rally outside due to the arena getting filled to crowd capacity.
Senator Sanders is drawing the largest crowds of any presidential candidate. He is running a populist campaign that won't take donations from the super rich or racist people or causes.
The senator spoke to a very enthusiastic crowd who responded with loud cheers and chants.

Hillary Clinton stopped by LA Trade Tech to speak with home care workers about their jobs and the future of home healthcare.
This was Hillary's first non-fundraising stop in Los Angeles since she announced her candidacy for president. 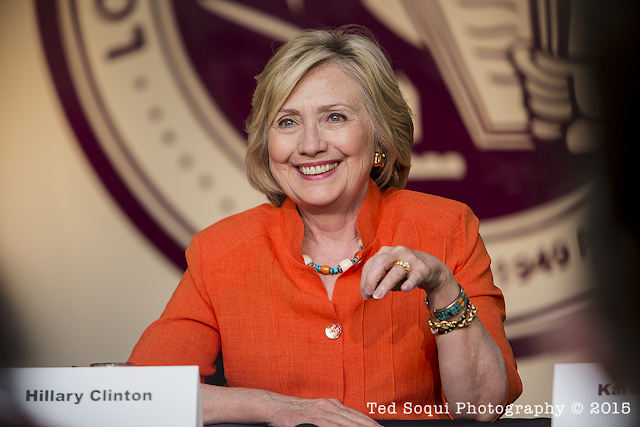 The Petersen Automotive Museum on Wilshire Blvd. @Fairfax Ave is undergoing a major renovation. Shot this image from my car, of course, as I was driving home.
The new aluminum zebra striping wrap is gonna look awesome, lights will be placed behind it so the building will glow at night.
Stop by the construction site. It's amazing to watch the working piece it together like a giant puzzle.